I more or less took last week off from DDo. When my current project wraps up (and this is on anything real world or not) i either need a new project or i hit a new level on the old apathetic meter and i need to find a new project right away. And i am just not an end game grinder but no one other then Samius seemed worthy of my (ddo) time at the moment and i wanted to epic TR him but i wanted to save him for raiding with the guild this last weekend.

Guess on the bright side that keeps me moving. The Samius Shark can’t stop doing something…. somewhere…. 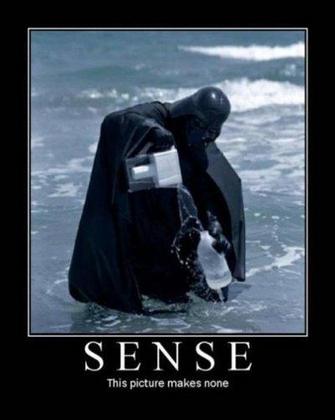 Insert my go to image for not making any sense.

So instead of finding something in DDo  last week i focused on the “farm” and i will have and update later in the week on how things are growing.

In DDo news Samius Epic TRed on Sunday once it was clear that there would be no raids and talked the other 2 guys that were on into helping me farm up a copy of the Guardian’s Ring so i epic tred as they started the quest. Forgetting that Turbine forces a re-level up from level 1 even when doing just an epic TR it took me a min or two. More or less naked and enchantment less i keyed over to Evening Star ran to the first quest and locked out… Under Quest level… DAMN IT!

No xps. NO LOOTS.

Oh well, so now i am just leveling up again. I just need to get back to 23, shouldn’t take all that long but i feel silly not have much in the way of gear from 20 to 23. Thinking i might try and find a gear setup from 20 to 23 (like including a heroic Guardian’s Ring) where most of my good stuff starts to come back online. Might even have to do a few Lobs and make a little throwing star after all for 20 to 22, i don’t know. But at least i have a project in game again.

Wish me the fast xps!