Not long ago the guild and i were rocking a Crucible when we got to the wheel puzzle on top of the maze. I had to afk real fast when i heard someone poke fun at my names for the symbols for the wheels.

I am shocked! My names are clear as glass and i can’t see how anyone could want to poke fun at them.

Clearly the image above is a candy cane. There is room to call it “f” and i would except that also but clearly a cane like shape in there.

The reason i don’t call candy cane “f” is because a lot of people call Gun “F”. The leftest most symbol is Gun by the way. In the middle is Hat. I call it that because it looks like a head wearing a hat. But i have heard it called all kind of things but most often hat. The most right is a Ghost from pacman. 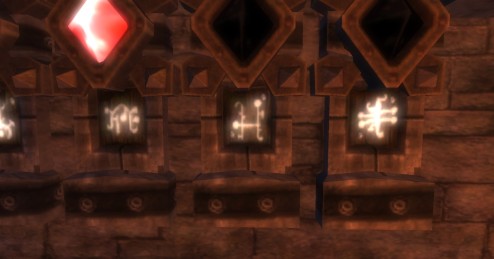 Once again from left to right because i am american and that is how we do things. we see the edge of Hat, Ghost, H then what i call “I”. Think “H” is the most commonly used symbol for that one and shouldn’t need a lot of explanation. But “I” guess that one is on me. I just see a capitol I when i look at this one, but i know lots of people say bow or cross or i even heard someone call it T before. Want to say the other day i looked real close and saw something else in the image but i can’t seem to remember. Maybe i should rename this guy road kill. It kinda looks like a flated animal…

Well work just called and asked if i could come in a little early so i am off to work.