Back in the old’n days Tobril and I had “helper” alts in different level ranges to help people that have trouble leveling on their own for whatever reason.  Most often, at least for the people that ask me for help, was a lack of focus or enjoyment of quests at a given level range.

Enter classic problem; as you start to play said alt character you start to enjoy that manz and you have a pile of xps just siting there next thing you know you don’t have anyone in range to help next time.

This has only gotten worse as reasons to TR have grown. Lately i have had 3 or 4 people not as much asked for help as kinda hinted around at it and i have had to decline/offer explorer zone help/or hurt their best possible xp as the lowest i had available was a level 20. After 20 i have a slew of alts from 21 -28 so there is not so much an issue as it is before 20. 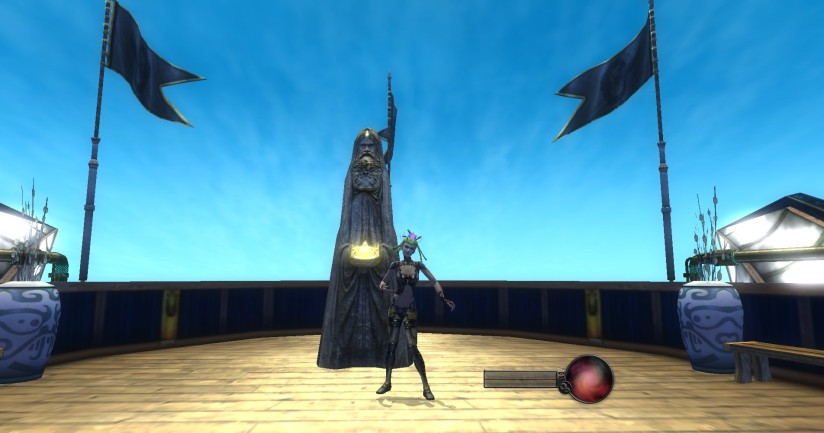 She is a Rogue/Pally mix Shadar-kai, 13/2 at the moment although i am debating about taking a few levels as a wizard for some easy boosts. But unlike most of my current design ideas (epic Elite viability) this one has a whole new range of issues, namely a level cap of 18 and balancing the ability to solo any quest from 16 to 20 on heroic elite while also covering any missing skills/abilities that the person i am helping is missing PLUS letting them have all the glory assuming they are playing a future EE alt with the desire to be in the limelight.

In the past some of my “helper” alts were a little quest dominant making some of the people i was helping not feel needed and then it just takes longer for said person to level, which is not part of the plan.

In any case i have now “invested” too much to turn back now, aka tomes and btcoe gear.

Well wish me luck as i try and power this chick to level, do not die in every single level 16 on elite quest, unlike my time with her last night and the night before. 🙂